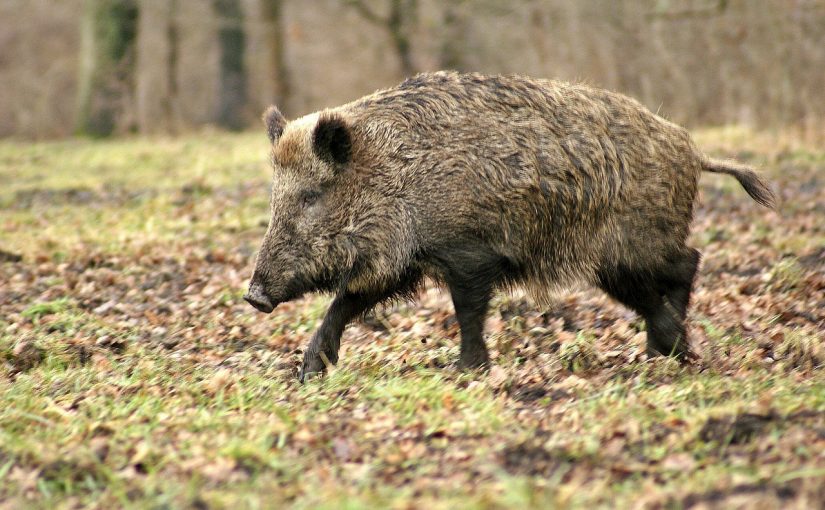 Two items with the meaning ‘pig’ have proposed external relations.

Notes:
Only lacking in Anatolian (possibly hiding behind Sumerograms) and Armenian, the word has old status in PIE and has been proposed connected to the verbal root *seuH– ‘to bear, bring forth’. Although Mallory & Adams criticize that it appears not to be restricted to the sow (1997: 425), semantic widening may well have rendered the term more general already before the breakup of PIE. More problematic is the fate of the laryngeal that is missing, formally inadmissibly, in some derivational forms, and a more onomatopoetic origin may alternatively be posited (e.g. Mańczak 2000: 232f.), a notion which Beekes denies (2010: 1425).

Discussion:
The semantics of Kartvelian are marked by great dispersal, but Klimov seems right to connect ‘tusk, fang’ and ‘pigsty’ under a common denominator ‘(wild) boar’ (1998: 48), according to Fähnrich also attested in Old Georgian (2007: 152), which suggests an early transfer to account for the divergence that nonetheless cannot directly be honored since the item is lacking in Svan and thus, conservatively, may only be secured for Georgian-Zan; a loss in the Svan language is, of course, conceivable, and must be posited for the relation to be of PIE date as Gamkrelidze & Ivanov suggest (1995: 774). Kaiser & Shevoroshkin prefers common heritage from Nostratic with the common meaning ‘to give birth’ (1986: 369), but this scenario requires that Kartvelian independently innovated the same meaning, which is hardly preferable to a loan from early middle PIE where the meaning already had been attained. A borrowing in the opposite direction, i.e. from (an antecedent of) Kartvelian is theoretically possible, and may be corroborated by the archaeological data (Anthony 2007: 285f.). The Sumerian comparandum is semantically unproblematic, but likely requires the reconstructed PIE laryngeal questioned by some. The item may well be the same in all three families (cf. Sahala 2009: 10) and have travelled from a Middle Eastern origin at an early date, although the exact origin, possibly related to the spread of agriculture, remains elusive.

Notes: Slight irregularities in Albanian does not challenge the ultimate adherence to the Greek form (Demiraj 1997: 131f.), but the uniqueness of the two Balkan forms cause Beekes to suggest an unspecified substrate origin for the term (2010: 1640f.). Possibly derived from the noun *ĝher- ‘bristle’ (Mallory & Adams 1997: 425), this word is obviously an innovation and cannot be projected back onto PIE proper.

Discussion: Tentatively posited by Gamkrelidze & Ivanov as a mutually dialectal loan relation (1995: 774 fn.15), this connection suffers from sporadic attestations in both IE and Kartvelian. An ostensible connection must consequently be assigned to a late stratum, likely dialectal, which is geographically difficult. Alternatively, Kaiser & Shevoroshkin suggest ancient relations to Afro-Asiatic, notably without Semitic cognates (1986: 378 fn.8), but the lack of PIE continuation makes a tentative connection to agricultural substrate preferable.