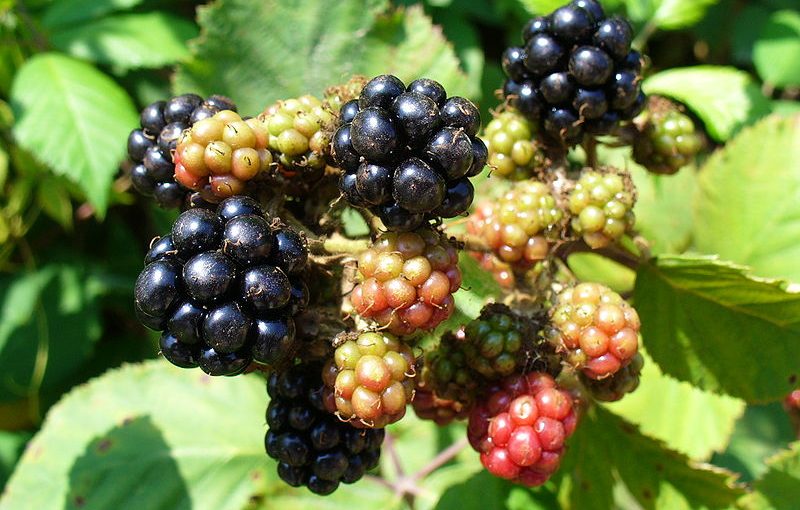 Notes:
Welsh may, like the more secure cases of OHG mūrbeere ‘mulberry’ and Lithuanian mõras ‘id.’, be a loan from Latin, that again may have transferred from Greek (Schindler 1964: 172); Beekes even suggests that the Armenian cognate be borrowed from Greek, too (2010: 968), which would render it solitary in Greek, but this idea is rejected by Martirosyan (2010: 474ff.). Despite the resemblance of Hittite mūri(yan)– ‘grape’ (Tischler 1990: 233f.), there seems to be no reason to posit the noun for the oldest layers of PIE.

Discussion:
The Uralic stock is exceptionally consistent both formally and in terms of semantic scope, which suggests that the word entered (P)IE from Uralic. There is hardly a semantic gap between the cloudberry of Uralic and the black- and mulberries of IE that all resemble each other, and the fact that the cloudberry (also called arctic raspberry) is confined to very northern latitudes practically forces a shift. The item was also borrowed into Turkic and Tungusic languages, probably from Ob-Ugric, and later even Russian (UEW 287), so the directionality is certainly established. Campbell also posits the more general FU *marja ‘berry’ as related in a wider complex (1990: 165f.), but enough of a connection can be drawn from the more immediate resemblances. Nikolayev & Starostin have showed that a similar noun is of significant age in the Northern Caucasus (NCED s.v. ‘berry’), but the vowel quality seems better to have been affected by a desinential *-i– somewhere, possibly the derivation for the associated bush or plant (cf. Martirosyan 2010: 474ff.). Friedrich similarly suggests that Burushaski biranč may be connected (1970:150) and thus substantiates a widespread root. A transfer likely happened into a very late stage of PIE, if not purely dialectal; the geographic distance between the Uralic languages and the attested Greek and
Armenian is obviously insurmountable, as noted by Joki (1973:287f.).