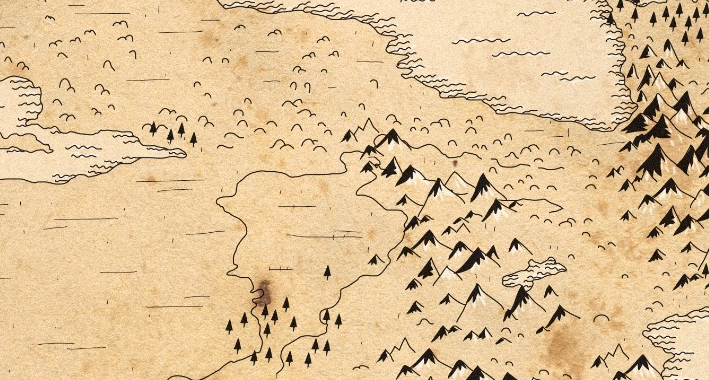 As the cradle of the Neolithic revolution, the Fertile Crescent has wielded great cultural influence over its neighboring territories.

Semitic and Afro-Asiatic
Semitic is demonstrably only a branch of a far-extending Afro-Asiatic language family that also includes Egyptian, another language of ancient civilization. These two branches have been subject to numerous comparisons with the IE languages, but seldom from the point of view of their common heritage of Afro-Asiatic, the reconstruction of which remains a linguistic frontier despite heavy recent contributions. The actual number of branches is disputed (cf. Lipińsky 1997: 41), but a general introduction to the family must mention the following:

Geography and history
The distribution of the Afro-Asiatic (alternatively Afrasic or Afrasian) family is comparable to the modern spread of Arabic, its most prolific continuant, whose spread is historically attested and tied to the spread of Islam. The biblically old, but still occasionally used, term Hamito-Semitic suffers from the cladistic misconception of having the Semitic languages representing the original bifurcation. The field of comparative Afro-Asiatic studies is inhibited by the late attestation of all but the northern branches, Semitic, Egyptian (Orel &
Stolbova 1995: xv), and, somewhat later, from around beginning of the current era, still enigmatic inscriptions in Berber (Lipiński 1997: 25). Semitic is represented by the old languages of the Fertile Crescent, e.g. Akkadian of the east, Phoenician and the Punic empire as continuations of Old Canaanite in the west, and Ge’ez in Ethiopia to the south. The difficulties in extricating clear developmental trajectories for their reconstruction is evident in the mostly attested history of the Middle East where political and cultural power shifted among the otherwise diverging dialects (cf. Faber 1998: 3f. and Lipiński 1988; 2001). Egyptian competes with Sumerian for the claim to the earliest attestation in the world, and is continued uninterrupted through to Coptic that, while extinct in its colloquial forms, lives on as the liturgical language of the Christian Copts. The rest of the branches straddle the southern periphery of the Sahara, from the Cushitic languages on the Horn of Africa in the east to the Chadic languages in the Sahel region of northern Nigeria and adjacent countries. Homeland theories for Afro-Asiatic are as many as they are contested, but the gravity, of course, within the present distribution (Huehnergard 2008: 225). Anthony suggests that the Neolithic entry in the Balkans represents a related linguistic community (2007, see § 2.5), either as a fourth part of Semitic (“North or Balkan-Semitic”) or as a separate branch on the Afro-Asiatic tree (“Balkanic”), that went extinct without attestations, conceivably subdued by successive migrations from the Pontic steppes. The temporal side of the genesis story is complicated by the lack of knowledge of how the branches are related, but a very obvious terminus ante quem is given by the early attestations of Egyptian and Akkadian that necessarily has to be subtracted considerable time to account for both Semitic and more general Afro-Asiatic diversification, and a proto-language is inconceivable after 5.000 BCE. For the entries in the etymological section below, Semitic and Egyptian are for the most part represented individually in the form the comparanda traditionally have been put forward, but there are also instances where a common Afro-Asiatic (although mostly Egypto-Semitic) comparison with PIE has been proposed, and the claim is scrutinized accordingly.

Linguistic affinities with PIE
The allure of Semitic, and consequently, but with many more intricacies, Afro-Asiatic, is primarily rooted in some typological similarities, including the Semitic system of radicals that has been proposed as a parallel to the PIE Ablaut system that is seemingly inexplicable internally in PIE (Bomhard 1981: 359ff.); whether this feature is an innovation (Greenberg 1996: 552) or shared heritage with the rest of the Afro-Asiatic stock (Huehnergard 2008: 227,232f.) remains unsettled. The employment of gender in both families have similarly been invoked as a sign of affinity, but the classical IE three-tier gender system (masculine, feminine, and neuter), does not formally match the Semitic bipartite system (masculine and feminine), even less so when PIE is reconstructed with due reference to the Anatolian stock, i.e. as bipartite system distinguishing animacy rather than actual gender. For a thorough treatment of the Semitic gender system, see Moscati et al. (1964: 84ff.).

Adstrate
Semitic adstrate influence has been employed by Kaiser & Shevoroshkin to indicate a PIE homeland in Anatolia (1986: 374), while Gamkrelidze & Ivanov similarly have suggested that the comparanda warrant a location south of the Caucasus, although they prefer a point of departure further east in Transcaucasia (1995: 768ff.).

Common heritage
While some justifiable comparanda do exist, several formal aspects still complicate the immediate genetic affiliation. Although vowel gradation does occur in both families, the systems are incompatible; the comparanda are sporadic in either one or both families, and even the radical structure very often include an extra radical absent in the IE material, cf., e.g., Bomhard’s Afro-Asiatic examples, of which most are Semitic, e.g. Proto-Semitic *k’wš– ‘to be bent, curved’ opposing PIE *k’eu- ‘id.’ (1981:432). As Levin himself (1995) is painfully aware, the comparison of PIE with Semitic that Møller (1906) diligently spearheaded has fallen completely out of favor in historical linguistics, especially due to the improving understanding of the larger Afro-Asiatic family to which Semitic belongs. Quite contrarily to the method employed by Colarusso for Northwest Caucasian (§ 3.2.2, §6.4.1), Levin is stuck in the philological trap when he marvels at the ostensible 1:1 correlation between Arabic thawran and Latin taurum, not only in the root, but even in the desinence! A similar attitude is expressed by Hodge (1998: 329) who reconstructs an ancient common ancestor, “Lislak”, harking back twenty thousand years; a depth of time comparable to Nostratic (§ 3.2.8). What Levin and Hodge fail to observe, of course, is the history of both declensional systems; the IE side of the story should be familiar, while the common Semitic system clearly rests on a purely vocalic alternation a-i-u, only secondarily fitted with -m as a means of definiteness (Moscati et al. 1964: 94ff.). A thorough and damning criticism of Levin’s work from the perspective of an otherwise enthusiastic macro-comparativist is presented by Bomhard (1997). The interrelatedness of Semitic and Indo-European is not impossible, but tangency most likely only appears at the Nostratic horizon.

Sumerian
Rivaling hieroglyphic Ancient Egyptian to be the first language to be recorded into history, Sumerian is still considered an isolate, although numerous attempts have been made to connect it with known language families or other language isolates (Pallis 1958: 86). The language was spoken in southern Mesopotamia from the late 4th millennium where it is recorded onto clay tablets as the earliest cuneiform writing, and although there is no clear indication of the exact time for its demise as a colloquial language, the waxing power of the Semitic Akkadian language ultimately confines it to liturgical use where it was maintained until its ultimate demise in the 2nd century BCE (Thomsen 1984: 32). The Sumerian origins of writing similarly sustained its legacy as it remained in graphemic use as Sumerograms in the cuneiform scribal tradition (e.g. in Hittite, § 1.3.2.1). Language isolates constitute an especially difficult entity to treat etymologically as the criteria for stratification almost exclusively have to be derived internally as it cannot be compared with related languages to establish historical referentiality (cf. § 1.2.2).

Linguistic affinities with PIE
No homeland theory directly suggests that the PIE speech community should have had contacts with the area of known historical Sumerian habitation, and different models have consequently been proposed for the lexical comparanda, including common genetic heritage, proto-Sumerian migrations, and, most probably, transmission through known (e.g. Semitic) or unknown geographically intermediary languages (cf. Sahala 2009: 2f.). This latter proposal is bolstered by the obvious cultural impact of the Sumerian civilization directly demonstrated in extensive loans into the Semitic languages. [Add. Whittaker has argued extensively for the case that an otherwise unknown branch Indo-European ‘Euphratic’ provided a substrate for Sumerian (e.g. 2004 & 2008); this was rightly pointed out in the assessment of the thesis and is a glaring omission by the author (RGB)].

Addendum: Dravidian
Extant only on the southern half the Indian sub-continent with few isolated pockets further north, the Dravidian languages probably enjoyed greater distribution up until the advent of the Indo-European languages from the north. Archaeological and genetic data (Kivisild et al. 1999: 1333) has led scholars to suggest a prehistoric migration from modern day Iran, possibly even related to the Elamite kingdom, but these connections remain linguistically unsubstantiated despite recent attempts (e.g. McAlpin 2015). As with Turkic, the occasional comparandum is given in the discussion.